Have you seen a hero? Most probably, your answer to this question would be, “yes, I have seen them in superhero films like Marvel & DC.” No, I am not talking about fictional heroes here. I am asking about real heroes. Ok, Why am I talking about heroes in this article? Because you are going to encounter a real 88 year old superhero ( yes, he is not fictional ) who gave his life to save 2 kids. You might ask, who does it these days? But good human beings still exist. So without ado, let’s get started.

Every day of his retirement, “Mr. Bob,” as he was known locally by his fellow students, spent caring for and loving the children in his area. This earthly angel was cruelly taken from us in an instant, with many people begging for the killer’s blood.

88-year-old Bob Nil started working as a crossing guard at the Christ the King Parish School in Kansas City after retiring from banking and serving in the Coast Guard.

The senior citizen enjoyed the affection of all staff members during his five years of employment. He was so well known to many of the students that they called him “Mr. Bob.”

The students showed him their love by sending him numerous cards and gifts on Valentine’s Day. When recalling this day, the school’s principal, Cathy Fithian, recalled how the retired Coast Guard was overwhelmed with happiness and could not stop talking about the gifts.

The Kansas City Star was informed by one of his three sons, Bart Nill, that his father was a former coach, member of the Coast Guard, and retired banker who began working as a crossing guard five years ago. Bart Nill praised his selflessness.

He was described as being really committed to his work and showing genuine concern for the kids by Elizabeth Germany, who lives close to the educational facility.

Five minutes remained until the first bell rang at 8 a.m., at which point Nill’s morning shift directing children through the crosswalk would come to an end. Three and five-year-old boys were just stepping off the curb.

According to school principal Cathy Fithian, Nill suddenly gestured for them to take a step back. A black vehicle could be seen speeding in their direction. Despite Nill’s large red sign and the school zone flashing yellow lights, he could feel that it wasn’t slowing down or stopping.

Nill remained in the middle of the road, where he was struck by the car and killed.

The two boys ran into Fithian’s office, crying and yelling for Mr. Bob. She told The Washington Post on Tuesday night that after comforting them, the principal went outside to find a terrible scene as emergency personnel flocked to the crossing. 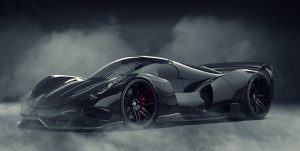 She reported finding Nill’s stop sign more than 20 feet from the crosswalk.

I am aware that he was holding it, she added. It was in the middle of the road.

Nill was brought to a neighboring hospital, but he passed away there as a result of his wounds.

The school issued a statement saying, “All of the students are safe, and we immediately recited a rosary as a school for Mr. Nill.”

According to KSHB, the owner of the black sedan remained on the scene and is helping with the investigation. The driver was also brought to a hospital. 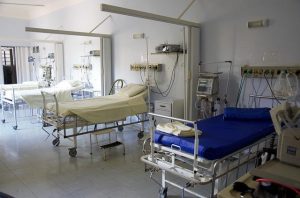 According to Officer Jonathon Westbrook of the Kansas City, Kansas Police Department, “it’s a really terrible situation where the crossing guard who is meant to safeguard the children was struck.”

He was performing his duties effectively.

According to witnesses, the 88-year-old shoved the kids away as the car went past, according to Fox 4. Unfortunately, this resulted in him being hit. According to Randy, Nill’s nephew, the brave action wasn’t out of character.

He said: “What my Uncle Bob did to simply bring kids across the street was maybe minor to some people, but for him, it was a really important job, and today, we really know how vital it was. He might have spared a few lives.

The neighborhood is in sorrow over the much-loved crossing guard, but they also give him credit for saving the lives of the two kids who had stepped out onto the road just as the car was approaching. Fithian said that he had been a crossing guard since 2015.

According to Cathy Fithian, the school’s principal, “We encourage our students at Christ the King to understand that we are here to safeguard them and that they need to hear.” We are incredibly grateful that he was present.

Nill Is A Hero

“On behalf of our community, I appreciate Nill for his noble sacrifice in safeguarding our children,” said Kansas City Mayor David Alvey. Parents should “know that Mr. Nill is a hero,” Christ the King stated.

On Tuesday, a message was posted on the Facebook page of Christ the King Parish School.

“We wanted to provide you an update on our crossing guard, Mr. Nill. As we notify you of his departure, our hearts are saddened. Please continue to pray for Mr. Nill and his family, as well as the children, parents, and instructors that were there for today’s disaster.

“Remember also that Mr. Nill is a hero. He prevented two of our kids from attempting to cross the street as the car got closer.

The principal questioned, “How many people can say that they are being prayed for by hundreds of people as they are about to die?” “We were making those prayers for him at the moment he was heading to meet the Creator.”