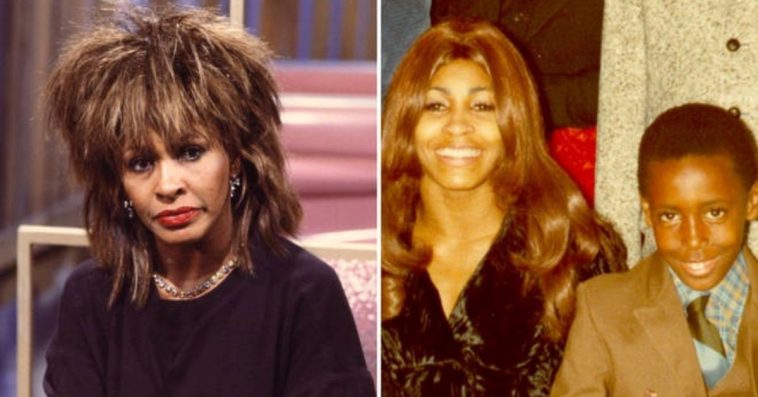 Ronnie Turner, the 62-year-old son of Tina Turner, passed away after a fight with colorectal cancer and blocked arteries, according to the coroner.

The office of the Los Angeles County Medical Examiner-Coroner concluded that Mr. Turner, who was discovered dead by emergency personnel in his house on Thursday, passed away as a result of “complications of metastatic colon cancer.”

Ronnie Turner had atherosclerotic cardiovascular disease, according to the coroner’s findings, at the time of his death.

Due to an accumulation of cholesterol plaque in the artery walls, the condition results in an increase in blood flow.

Ronnie, who had previously been diagnosed with cancer, was discovered last Thursday morning outside his Los Angeles house having trouble breathing, according to TMZ.

As soon as they arrived, paramedics discovered bystanders performing CPR at the San Fernando Valley residence.

Ronnie was declared dead at the site despite their best attempts.

It wasn’t until recently that the reason for death was revealed; according to Page Six, the latest story blames colon cancer.

The coroner’s report, which provided more information on his health, stated that his brief struggle with cancer barely lasted three weeks.

Ronnie’s wife, Afida Turner, 45, wrote a tribute to her husband on Instagram late on Friday, claiming that he fell ill without warning and concluding, “F*** cancer.”

Ronnie was referred to by Afida as a “wonderful soul” with the “heart of a giant” in a post that featured a picture of him and his late father.

In 2007, Ronnie and his wife got married. Before that, Ronnie gained notoriety for playing bass guitar on several of his mother’s tours and co-starring with his mother in the 1993 movie What’s Love Got To Do With It, which was based on her life.

He participated in his group, Manufactured Funk.

The 83-year-old singer of “Proud Mary” is the mother of four kids, including Ronnie by her late husband Ike Turner and Craig by Raymond Hill.

Four years after his older brother Craig committed suicide at 59 in his Studio City home, Ronnie’s death is just the most recent tragedy to hit the well-known family.

Craig suffered a self-inflicted gunshot wound and was pronounced dead at the scene.

Tina and her husband Ike welcomed a son named Ronnie in 1960. Tina accused Ike of hitting her, and they broke up in 1976. Ike died from a heroin overdose in 2007.

Ike, the drug-addicted son of a Mississippi pastor, beat Tina frequently until, after 16 years, she escaped in the middle of the night wearing a bloodstained white suit and carrying only 36 cents.

Ike Jr. claimed to be estranged from his adopted mother, who is now residing in Switzerland with her husband, German music producer Erwin Bach, in an interview with DailyMail.com in 2018.

Tina and Bach spent $68 million on a vast home with a view of Lake Zurich in September.

Ike Jr. later claimed that his mother had practically abandoned her children after moving to another country, though he claimed that they were financially taken care of.

Ronnie had a prior record of drug-related charges, and he was found in possession of cocaine when he was arrested in August 1999 on suspicion of selling the narcotic, according to the police.

In the wake of the incident, Ronnie was required to register as a drug offender, but it was said that he was unable to overcome his addiction, even going so far as to drive his wife and their two kids out of their apartment when they urged him to cut down on his drug use.

Following the incident, the family is said to have taken refuge in their car.

Who Is At Risk For Colon Cancer?

American citizens are advised to start screening for it at age 45 by the US Centers for Disease Control and Prevention (CDC). But according to the CDC, 3 out of 10 adults between the ages of 50 and 75 are screening behind schedule.

For colorectal cancer, age is a significant risk factor. Men are typically 68 years old, and women are 72 years old when they are diagnosed with colon cancer.

In general, colorectal cancer rates are greater in the black community. It is one of the main causes of cancer-related death among black people, and black women have a higher risk of dying from colorectal cancer than women of any other race.

An increased chance of developing colorectal cancer is shared by heavy drinkers, smokers, and obese people.

What do you think about colon cancer? Do you know anyone who has been diagnosed with it? Please let us know in the comments, and don’t forget to spread the news so that we can hear from more people.