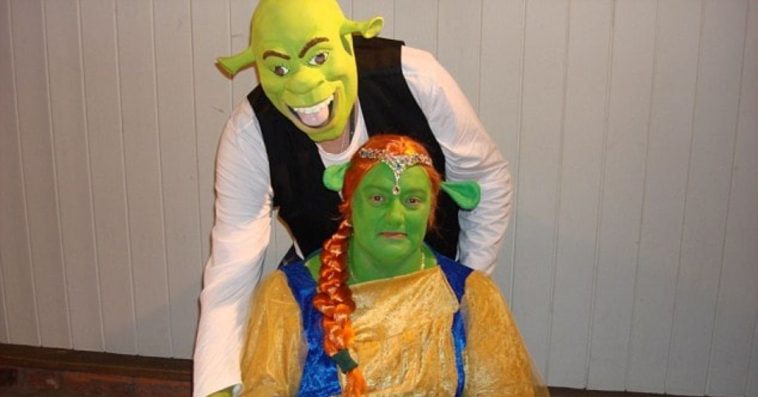 A Coventry couple’s wedding, in which they appeared as characters from well-known children’s movies, was one Shrek of a wedding.

Making their wedding day as memorable as possible was a priority for Raymond Wickett and Jacqueline Perkins.

So they came up with the absurd idea of having the groom dress as Shrek and the bride dress as Fiona, the green ogre’s wife.

To give their grandchildren something to remember, 52-year-old Jacqueline declared that she had to dress in that manner or say “I do” while wearing a Mickey and Minnie Mouse costume.

Jacqueline’s face was painted green, and Raymond, 57, wore a Shrek mask throughout the ceremony at Coventry Register Office, unlike most couples who look their best when they get married. The entire bridal party adopted the wedding’s motif as well.

The bridesmaid’s daughter, Jacqueline, appeared as Puss in Boots, while the best man carried out his duties while dressed as the donkey. 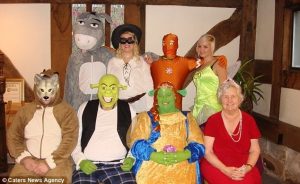 We both had prior marriages and wished to take a different approach, according to Jacqueline.

To be honest, I did it for the grandchildren. Going as a character struck me as funny. Raymond chose Shrek when I gave him the option between Mickey and Minnie and Shrek and Fiona.

Bus driver Raymond continued, “We had chosen to get married on the 12th of the 12th because it was never going to happen again in our lifetime.

The Stoke Heath newlyweds have been preparing for their wedding for the past two years after becoming friends four years ago.

One of the joys, according to welder Jacqueline, was watching people’s expressions as they were taken home by a double-decker bus. “We wanted to uplift people and attract attention, she said. “The bus drove us into the heart of the city and down Ball Hill. When we waved at them from the bus, it made everyone happy.

They now have a spot in the register office’s history books as a result of their efforts. 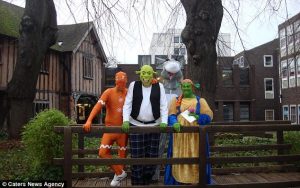 The registrar expressed surprise and informed Jacqueline that she would need to send pictures for their wall of fame due to the date and the Shrek theme.

Ten people attended the ceremony, but more than 100 are expected at their postponed reception this evening when the fun will continue as the couple starts wearing their costumes once more for a party at the Bishopgate Club in Foleshill.

The kind newlyweds requested donations to the Warwickshire & Northamptonshire Air Ambulance and Help For Heroes in place of wedding gifts.

What do you think about this different approach of the wedding? Please let us know in the comments, and don’t forget to spread the news so that we can hear from more people.