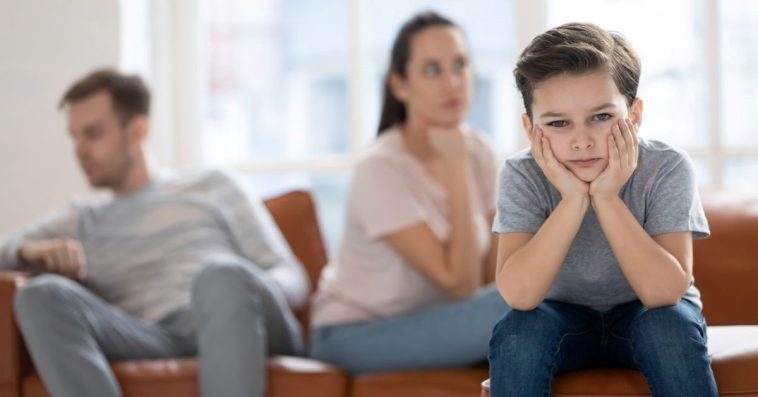 Many parents won’t be surprised to learn that having a boy may be more difficult.

Scientists claim that having a son seems to accelerate brain aging.

Parents with at least one son had a quicker rate of cognitive decline than parents without one, according to a US research of more than 13,000 over-50s.

The US and Czech experts did not look into what might have caused the result.

However, they hypothesized that it might be because daughters are more likely to care for their parents when they are old and provide emotional support, keeping them in better health as they age.

The likelihood of leading a healthy lifestyle may be lower for people with sons.

For instance, research indicates that women’s parents are less likely to smoke, use drugs, or use alcohol. In contrast, mothers of sons are more likely to be overweight.

The team, which included researchers from Columbia University in New York and Charles University in Prague, compiled information from an ongoing study that followed more than 30,000 people in their 50s and their spouses.

The study’s participants included 13,222 parents tracked for about 14 years.

They disclosed how many kids they had and what gender they were.

Regular cognitive examinations that evaluated the mental capabilities of the parents included questions about their memory, concentration, thinking, and comprehension.

A list of ten words, counting backward from one hundred in sevens, and ten consecutive digits could all be remembered.

The findings, which were reported in the Journal of Psychiatric Research, show that parents with at least one son experienced cognitive deterioration at a higher rate than parents who did not have sons.

Fathers and mothers both experienced the same rate of mental decline.

The impacts were described by the researchers as “small compared to the total reduction over time.”

However, Katrin Wolfova and her team claimed that even after taking into account sociodemographic and health characteristics that might have contaminated the findings, they were still detectable.

Due to the fact that both moms and fathers experienced the same result, the researchers speculated that raising sons “may play a role in cognitive aging.”

The mechanism underlying their discovery was not looked into.

However, they concluded that since females offer greater social support than sons and are more likely to take on informal childcare responsibilities, sons’ parents may be more likely to experience disadvantages later in life.

The biological s*ex of a child may also “affect” parental behavior; for a “long time after pregnancy,” mothers of men often weigh more than mothers of daughters.

According to the team, the combined improvement in physical and mental health among parents of women “may lead to lower risk of dementia.”

Whether they were stepchildren, adopted children, or biological children, the researchers stated that they took all of the participants’ children into account.

According to them, the outcome may have been biased if biological factors are to blame for the brain deterioration in parents of sons.

How Could I Improve My Memory?

Too many people get stuck at this point and convince themselves that they have poor memories, that they are simply awful with names, or that numbers simply skip their heads for some reason. Put those ideas away and make a commitment to improving your memory.

Although the brain is not a muscle, frequent “exercise” encourages the growth of new nerve connections that can help in memory improvement and keeps the brain from shrinking.

You may keep your brain busy and enhance its physiological functioning by learning new mental skills, especially difficult ones like learning a new language or playing an instrument. You can also challenge your brain with puzzles and games.

Regular aerobic exercise can prevent memory loss as it slows blood flow and increases efficiency throughout the body, including the brain.

Additionally, getting some exercise will increase your level of alertness and relaxation, which might help you remember things better and form clearer mental “images.”

Chronic stress can make remembering considerably more difficult, despite the fact that it has no negative physical effects on the brain. It can be more difficult to concentrate on ideas and observe things when under temporary stress.

Try to unwind, engage in stretching exercises like yoga on a regular basis, and consult a doctor if your chronic stress is severe.

Are you a parent? Do you think this study is true according to your experience? Please let us know in the comments, and don’t forget to spread the news so that we can hear from more people.