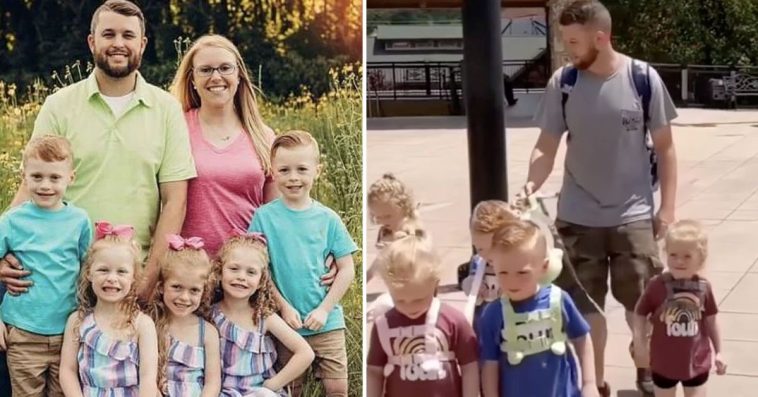 After posting a video of himself leading his quintuplets, who are five years old, on a walk while wearing a leash, the father of five sparked a raging controversy.

Jordan Driskell, 31, of Kentucky, recently posted the video clip to Instagram. It showed him for a walk with his wife Briana, 34, and their five young children, Zoey, Dakota, Hollyn, Asher, and Gavin.

The fact that the kids were all wearing leashes, preventing them from wandering off, running away, or getting lost, angered many viewers, who were outraged by the video’s immediate backlash.

He wrote in the video, with Doja Cat’s song Vegas playing in the background, “When people judge me for using child leashes.”

You can watch the viral video below:

The family was seen walking quietly side by side outside of an aquarium as Jordan held on to five ropes, each attached to a harness worn by one of his children.

He captioned it, “Come walk a mile in my shoes.”

The Instagram video gained more than three million views within a short period and sparked a debate amongst viewers, some of whom respected the dad’s choice to use a leash on his children and others who criticized him for it, pointing out that they are “people not dogs.”

One encouraging audience member wrote, “I have nothing but respect for you sir.” 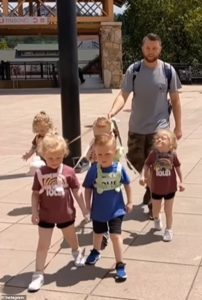 Better safe than sorry, a third chimed in. I would act in the same way if I had that many. Rock on!

Someone commented, “With five kids, you need that.” “Right here, responsible parenting.”

The fourth comment read, “Considering my two-year-old tried to flee into the street, sure, we use leashes now too,” while the fifth comment read, “Keeping children safe is priority number one.” You’re all good then, sir. They are not in any way harmed by it.

“Nothing is wrong with this; in fact, I think it’s wonderful”. A father with two children said, “I always used baby harnesses with reigns on my two so they were always by me.”

“Not going to lie. Some kids truly need leashes. There’s nothing wrong with not wanting to lose your child every time you turn your back on them, another person said. 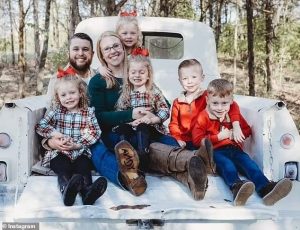 “Don’t blame you, said another user. Can you imagine having no leash? And each going their separate ways? Someone might suffer injury.

Others, however, didn’t support child leashes and criticized the father of five for treating his children like “animals.”

In reference to rescue dogs who arrive from a shelter, one user questioned, “Are they rescue?”

Someone else commented, “But teachers can supervise 30 children without using leashes.”

They are not dogs, another commenter continued. Why not show [them] what to do?

“Will you then teach them how to pull a sleigh? Who is the one with the red nose? Do any of them need rescue? Another comment was read.

“Don’t have too many kids, one commenter joked, while another said that the children were “far too old to be walked on a leash like a d**n dog.”

In an interview with the Today show, Jordan revealed that he and his wife use leashes for their “personal peace of mind and sanity” because their children enjoy “running out and exploring” owing to their “curiosity.” 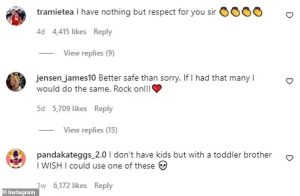 “Children are experimental; they want to scurry off and explore. We use a leash for our own mental stability and sanity,’ he told the site.

“Additionally, it relieves our tension so that we can go out and enjoy ourselves as a family.

He said that before, they had a five-seat stroller, but it was too “bulky” and inconvenient to use.

He said, “It was just too heavy and ridiculous to transport anywhere.” The other issue is that when we go somewhere crowded, kids want to walk.

“They have the chance to do that on a leash, but we still have control. Love it, they say.

Pediatrician Benjamin Hoffman, who also serves as the AAP’s injury prevention council’s head, previously told Good Housekeeping that he opposes using child leashes because of the possibility of a child falling.

As a pediatrician, he stated, “I dislike seeing kids on leashes like pets.” I am well aware of how nimble, impulsive, and unpredictable children can be because I am a father of three.

“But considering the risks associated with other loose cords, such as those on window blinds, I would be concerned about entanglement or choking. 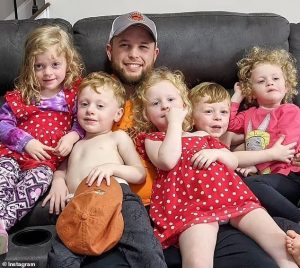 “In that circumstance, I worry about head and limb damage.” I would never advise them in my capacity as a pediatrician. A child in a stroller over a leash would be my preference.

While speaking to Today, another physician by the name of Deborah Gilboa referred to the leash as “creative problem solving.”

She emphasized, “This isn’t treating kids like animals.” ‘This is how you solve problems creatively. Staying at home is an option as well.

It’s an excellent system for parents of neurodiverse kids or kids who are still working on their listening abilities.

‘99.99% of parents act in their children’s best interests and to address a problem,’ according to a study. It doesn’t mean the issue doesn’t exist just because you can’t see it.

“Your child should stop using a leash by the age of eight or nine, she advised.

“By that time, you should have another system in place to keep tabs on your children in public, she added. “Being on a leash in seventh grade would be awkward,” she said.

“Allowing your child to explore is crucial so that they may learn about safety, according to Paige Safyer, assistant professor in the school of social work at Arizona State University.

“Children must understand that when they are exploring, they have a safe base to return to, which is frequently their primary caregiver or instructor, according to her.

“They must be made aware of what is safe and what is not, and they must discuss these explanations with an adult. These discussions cannot be substituted with a leash. 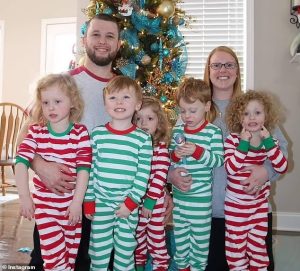 “Children are far better at understanding than they are at communicating when they are young. Therefore it is crucial for adults to take the time to explain how things function.

“I believe the same explanation should be given if the child is strapped to a leash, just as you would if you held their hand while crossing a busy street.

What do you think about using leashes on kids? Do you support it or stay against it? Please let us know in the comments, and don’t forget to spread the news so that we can hear from more people.